Program for flashing BIOS video cards on AMD chips (ATI) Radeon for Windows.
The archive includes the ATIFlash version for the Windows command line and ATI WinFlash with a graphical user interface. It is recommended that you use the command-line version.

Any experienced PC user should monitor the order and quality of their device! It often happens that when inaccurate use or connection of incompatible components, problems arise with the display of information on the monitor. And if you can’t solve the problems yourself, you will need to use the appropriate utilities. One such is the wonderful ATIFlash program. Today we will tell you everything that should be understood before using this solution. We will also discuss where to download atiflash. Further instructions are given for atiflash 64 bit / 32 bit so that everyone can get all the necessary theory.

To understand the intricacies of work, first of all, you should find out what the program is for. The utility is used to configure the operation of video cards from AMD. An advanced solution allows you to reflash the video card in just a few steps and thereby solve many problems. Re-flashing is done literally in a few steps. You only need to download the program itself, as well as the firmware files. Then we give the program access to the executable file and wait for the end of the process. The work does not take much time, a fairly quick process can be performed, even if you are in a hurry. Video card firmware is also useful for miners who want to get maximum performance from their own farm. Flexible configuration of the program will satisfy any request. Even a novice will figure out how to setup ati flash. You can download the program from the official website of the company Radeon.

Learn AMD ATI Commands today to handle the process like a PRO! All about the program variations in the updated article right NOW!

The program has two variations: with and without a graphical interface. The first is suitable for beginners who want to set up their own computer or farm for mining in the usual way. And the version without an interface, working in the form of a console, was created specifically for experienced users who appreciate the speed and light weight of the program. That is why now we will talk about a few basic commands that will help to fully use Atiflash. So look:

How to use ATI Flash in Windows

If you have a Windows operating system installed on your PC or farm, you can get started right away. Go to the official Radeon website to download the appropriate version of the utility. Installation does not take much time, a small and light program will quickly install and start working. Ati win flash, as you recall, can be run in different ways. To find out the answer to the question “how to run atiflash in cmd”, you do not need to be a programmer. All that is needed is to start the console, and then specify the path to the program. Then we launch the executive file itself and begin work on setting up our own video cards.

And now about how to use atiflash in dos. The program runs like any other application. Just find the file with the type “Application” and open it. Then the work itself begins.

How to use Atiflash AMD. Summary

Note that if you just want to test the configuration and use of AtiFlash, you should do this on your home PC so as not to harm the mining farm. Be careful, gradually master the program and take your own work to the next level. Good luck!

In 2013, ATI WinFlash 2.6.6 released a version of the utility (console, which can not work in DOS, only for Windows) with the same name and version number, continuing the chronology of the ATI WinFlash utility versions. In 2015, starting with version 2.7.1, a single distribution containing ATI WinFlash with a graphical user interface and ATIFlash for the Windows command line was renamed by the developer in ATIFlash. In this case, the console version of ATIFlash is based on ATI WinFlash developments and is the further development of the latter. Despite the fact that ATIFlash and ATI WinFlash, contained in one archive, have the same date of changes, the developer recommends using the version of the program for the command line. 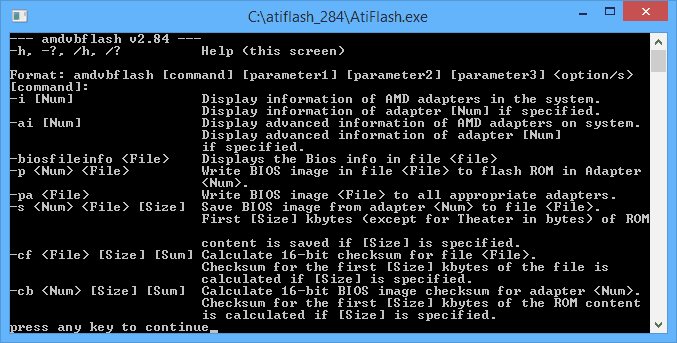 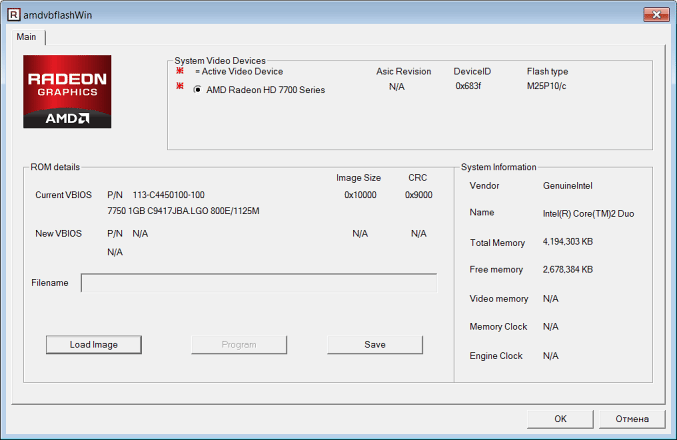